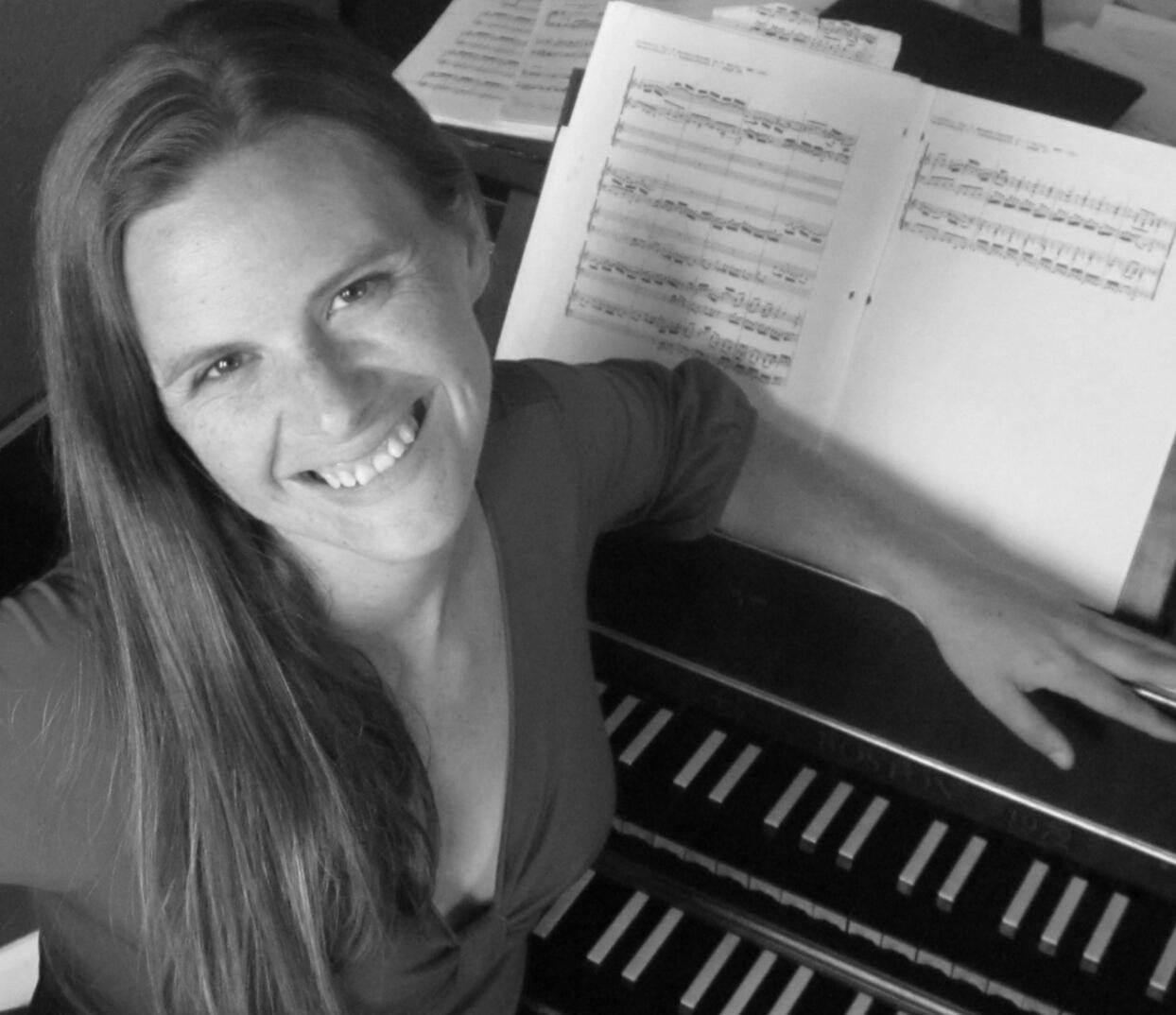 Faythe Vollrath, harpsichordist, is actively heard as a soloist and chamber musician throughout the United States. Hailed by the Wall Street Journal for her “subtly varied tempo and rhythm that sounds like breathing,” her solo performances include venues such as MusicSources in Berkeley, CA, Gothem Early Music in New York City, and Bruton Parish Church in Colonial Williamsburg, VA. Other unique experiences include a solo performance pairing Japanese harpsichord works with Japanese art at the Crocker Art Museum in Sacramento, CA, and performing in a columbarium as part of the Garden of Memory in Oakland, CA. Enamored with the contrast of new music written for historic instruments, Faythe combines these new vs. old elements in many of her performances. Concerts dedicated specifically to this pursuit include the Festival of New American Music in Sacramento, CA and the Center for New Music in San Francisco, CA. Recently, she performed a concert of new music in Serbia as part of the Belgrade Harpsichord Festival, introducing new American composers to the audience.

Faythe competed as a semi-finalist in the 2012 Jurow International Harpsichord Competition, and was the 2009 Betchel award recipient presented by the Midwestern Historical Keyboard Society. Her duo, Zweikampf, was a finalist in Early Music America’s inaugural Baroque Performance Competition. They have been featured on public radio in both Michigan and Arizona and perform throughout the United States. Faythe received her doctoral diploma from SUNY-Stony Brook under Arthur Haas, and artist diploma from the U of I Urbana-Champaign under Charlotte Mattax Moersch.

I look forward to seeing you all in person in the future! In the meantime, please enjoy these recent online performances. I am so grateful for the opportunities to still share music!

Ephiphany Extravaganza at the Cathedral

The Birds of February - Bird #1

Recent Past Concerts of Note